The Disappearance of Tumors Using CBD 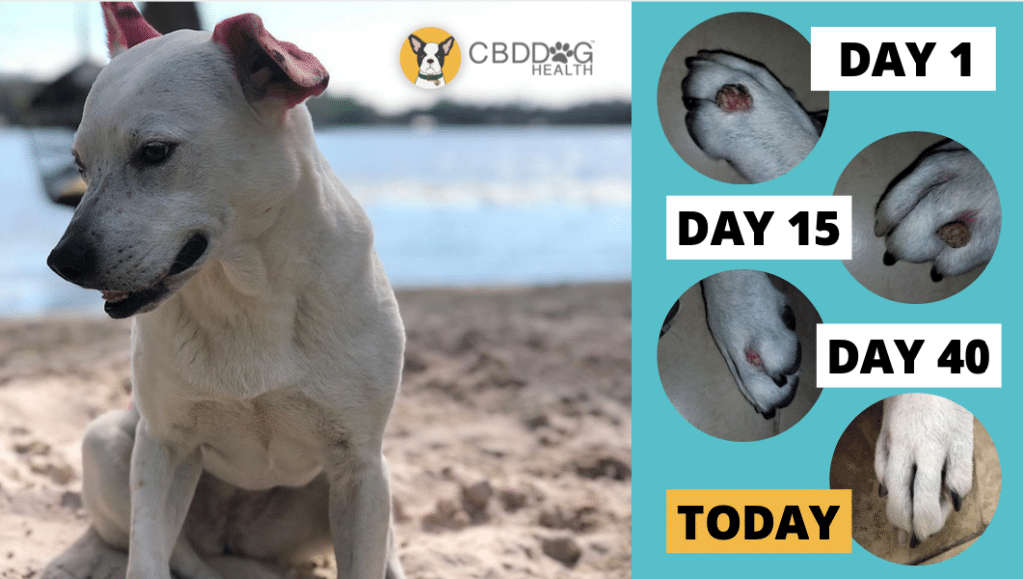 When you have pets, they become a part of your family, and hearing your pet has a tumor can be incredibly frightening. The word tumor feels like something that came out of a nightmare. Luckily, they aren’t all bad. But, even if your pet’s tumor is cancerous, keep your head up and hope in your heart knowing that there is a natural medicine that has been found to help with tumors in our dogs and cats.

CBD, AKA hemp extract, has been proven to help dogs with tumors.

What is a Tumor?

Try not to allow the word ‘tumor’ to scare you too much. Dog tumors are no different than the tumors affecting us. They’re basically an unusual lump caused by abnormal cells. Tumors can either be malignant or benign which means cancerous or noncancerous.

A research study conducted by A.B. Hancock Jr. Memorial Laboratory for Cancer Research determined ‘the antiproliferative and apoptotic effects produced by some of these pharmacological probes [CBD] reveal that the endocannabinoid system is a promising new target for the development of novel chemotherapeutics to treat cancer.’

Now, let’s put those words into ‘human’ terms. The term apoptosis refers to cell suicide. In a healthy, normal body, cells that are beginning to become abnormal cells that just aren’t right will die at their own will to make room for healthy cells. When your dog has a tumor, the apoptosis switch may be turned on (or may not), but if it is on it’s not working right.

That being said, this study showed the cell suicide button for bad cells is turned back on when CBD is introduced to the body.

Taking a look at another study, published by Oncogene, researchers made another breakthrough by discovering CBD stops or slows down the growth of cancer cells in mice with pancreatic cancer and mice with bladder cancer. In addition, the use of CBD prevented future cancer growth in the mice.

That’s a major finding and it’s extremely important to understand here when we are talking about antitumor effects of CBD oil.

P.S.- The findings from all this research are often applied to both human and veterinary medicine. Amazing, right?

Only Getting Rid of the ‘Bad Guys’

Our soldiers need to stay strong, but pharmaceutical medications don’t generally allow that to happen.

A study published by IMIBIC in Spain found that cannabis is specific about which cells are targeted. Guess what? Cannabis only looks for the bad guys. Basically, it fights with the good guys in the body and makes sure the bad guys don’t win!

The National Cancer Institute even states “cannabinoids appear to kill tumor cells but do not affect their non-transformed counterparts and may even protect them from cell death.”

Now, you’re probably wondering which dogs this has worked with and if we have any experience. The answer to that question is… YES. And, you know we love sharing success stories with you. 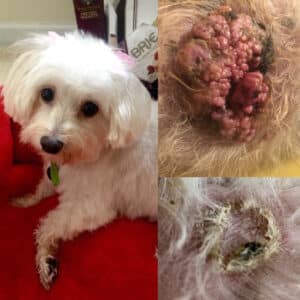 Even old dogs can be treated with CBD without side effects. Pharmaceutical medications are often strayed away since their bodies aren’t able to handle the intensity of them, but with CBD, you’re offered a side-effect free, safe way to treat.

Olivia was adopted in October 2014 when she was 8 years old. She had various apparent moles on her body when she was first adopted. By 2017, her moles had become scaly, hard growths. She appeared to be covered in wart-like tumors. The largest tumor was just above her hind leg.

In December 2017, she was diagnosed with Cushing’s Disease. She was taking several pharmaceutical prescriptions to work as anti-inflammatories.

Prior to beginning a CBD regimen, she was weaned off her prescription medication.

The recommendation for Olivia? Clean out her tumors daily with hydrogen peroxide and water. Apply REMEDY Full Spectrum Hemp CBD Salve topically to each growth twice per day. She was also provided 1 mL of HEAL Full Spectrum Hemp Extract orally each morning (once per day).

Within only two weeks, Olivia’s tumors were noticeably smaller and several had completely fallen off. The largest tumor, the one above her hind leg, had reduced in size by half.

Olivia continues to take HEAL orally and REMEDY topically each day. Her owner has reported the remaining tumor continues to shrink. 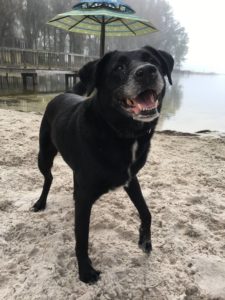 Within four months, the 2.5-inch tumor had shrunk, popped, and healed completely. Within 48 hours following the healing, hair growth began at that tumor site. During that same four-month period of time, the 4-inch tumor shrank to 1.5 inches. 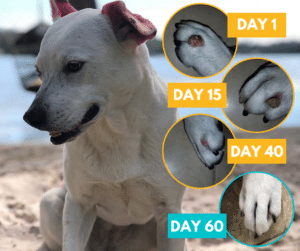 Jolene was suffering from severe anxiety. She was particularly anxious during thunderstorms and would begin barking frantically and pacing hysterically. She also had a large wart-like tumor on her back left paw. Jolene experienced pain walking on this paw and was no longer able to run and play.

The regimen for Jolene was 1 mL of CALM 550 mg Full Spectrum Hemp Extract once daily and 20-30 minutes prior to a potential episode of extreme anxiety. For her paw, REMEDY was administered once per day after cleaning the area with hydrogen peroxide and water. 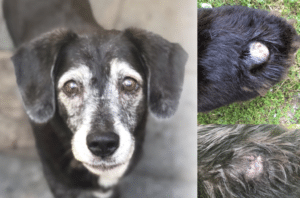 This lovely 14-year-old came to my rescue farm with very poor health! With a massive mast cell tumor on her back and just above her tail, she could barely use her hind legs.

Her tumor decreased by one third just within the first month. Also during that month, the growth popped, oozed and completely detached from the spinal area. Yes, it was gross! But you do what you got to do to make sure our fur babies are happy. 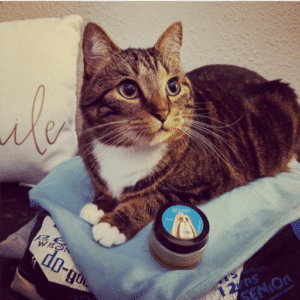 Henry, a beautiful 3-year-old tabby had a growth on his left front paw between his middle toes. The growth was extremely hard and would occasionally crack and bleed. His traditional veterinarian recommended prescription ointment to ease the pain, but never thought the actual growth would clear up.

Henri’s owners decided to give CBD a try. They rubbed REMEDY on his growth twice per day; once in the morning and once in the evening.

Henri continues to utilize NOURISH to keep his paws soft and prevent the growth from returning.