The Benefits of Combining Turmeric & Frankincense 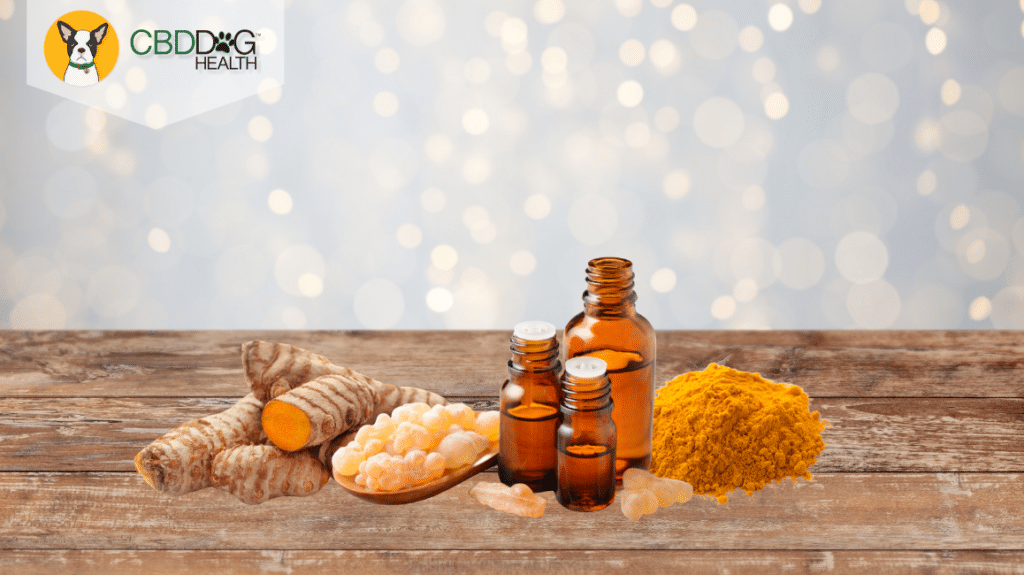 Plant-based remedies have been utilized for centuries to aid with all types of inflammatory conditions. Two ancient remedies are among the most commonly discussed; turmeric and frankincense, both of which are included in our EASE tincture.

A study published in Natural Medicine Journal examined these two botanical remedies for their application in inflammation-related ailments. Before we dive deeper into the inflammation world, it’s critical to first understand what inflammation is and what can happen when inflammation becomes a chronic issue.

Acute inflammation, per Natural Medicine Journal, is “a part of the complex biological response of vascular tissues to harmful stimuli, such as pathogens, damaged cells, or irritants. It is a protective attempt by the organism to remove the injurious stimuli and to initiate the healing process. Thus, inflammation is required for the healing of wounds and infection.”

When acute inflammation is noticed by the body, the local vascular system, immune system, and other systems with inflamed tissue begin a ‘war’ of sorts in the body. Chronic inflammation will lead to differences in the types of cells with the goal of healing the affected tissue. Chronic, persistent inflammation can result in further damage. It’s important to reduce and/or eliminate the symptoms of inflammation for comfort and well-being; and, to prevent disease associated with chronic inflammation.

Turmeric is a dried rootstalk from the herb Curcuma longa. You’ll most commonly see this herb utilized in Asian cultures, but its power is beginning to be noticed in western culture as well. Turmeric has been applied to aid in the healing of wounds, inflammation, and tumors, in a medical sense. Turmeric has also been applied for other properties including antioxidant, anticancer, antitumor, hepatoprotective, and antibacterial properties.

Frankincense is a resin-based extract from Boswellia plants native to India. Like turmeric, the medicinal applications of frankincense have been known for centuries, but are only recently becoming a part of western culture. Frankincense is known for its anti-inflammatory, anticancer, and anti-anxiety properties. 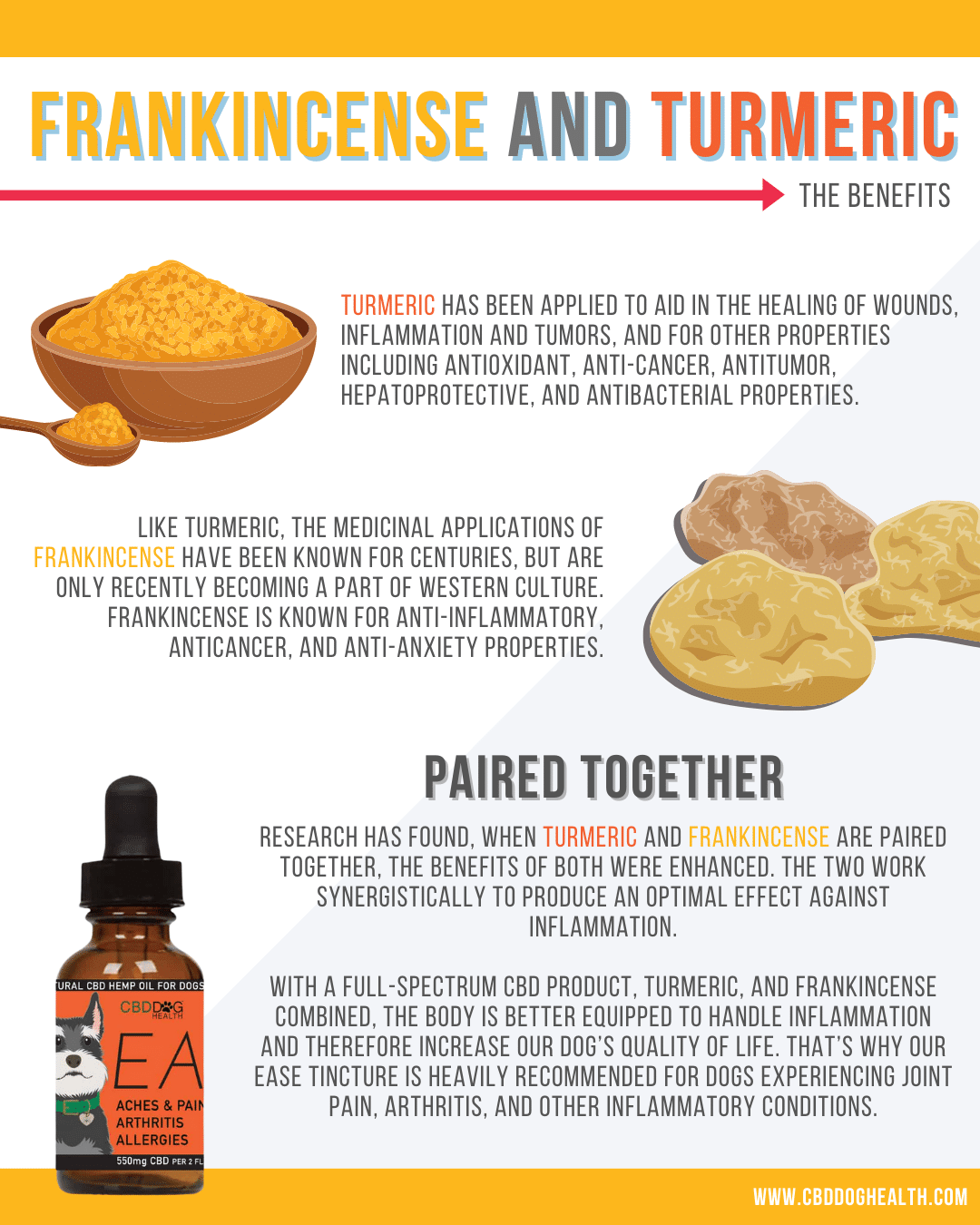 Research has found that when turmeric and frankincense are paired together, the benefits of both were enhanced. The two work synergistically to produce an optimal effect against inflammation. The theory behind this is that boswellic acid (frankincense) increases the bioavailability of curcumin. In a study published by BMC Complementary Medicine and Therapies, a clinical trial compared the efficacy of turmeric extract versus the turmeric/frankincense combination. The main symptoms studied involved joint pain, stiffness, and limitations to physical function.

As little as 4 weeks following administration, the results were apparent. The combination of the two produced enhanced effects. After 3 months of continuous application, there was a significant increase in physical function. Of 201 patients, only 13 experienced side effects of nausea, stomach pain, and reflux indicating side effects showing in only 6% of patients (in this study).

One study, published in the British Journal of Pharmacology, studied the role of cannabinoid receptors in inflammation-induced demyelinating diseases, such as multiple sclerosis. Cannabinoids are well-known immunomodulatory molecules that act through CB1 and CB2 receptors.

Frankincense and turmeric, when paired together in a CBD tincture, can have a heavy impact on inflammatory conditions. With a full-spectrum CBD product, turmeric, and frankincense combined, the body is better equipped to handle inflammation and therefore increase our dog’s quality of life. That’s why our EASE tincture is heavily recommended for dogs experiencing joint pain, arthritis, and other inflammatory conditions.