Steroids vs. CBD: A Topic of Truths and Transitions 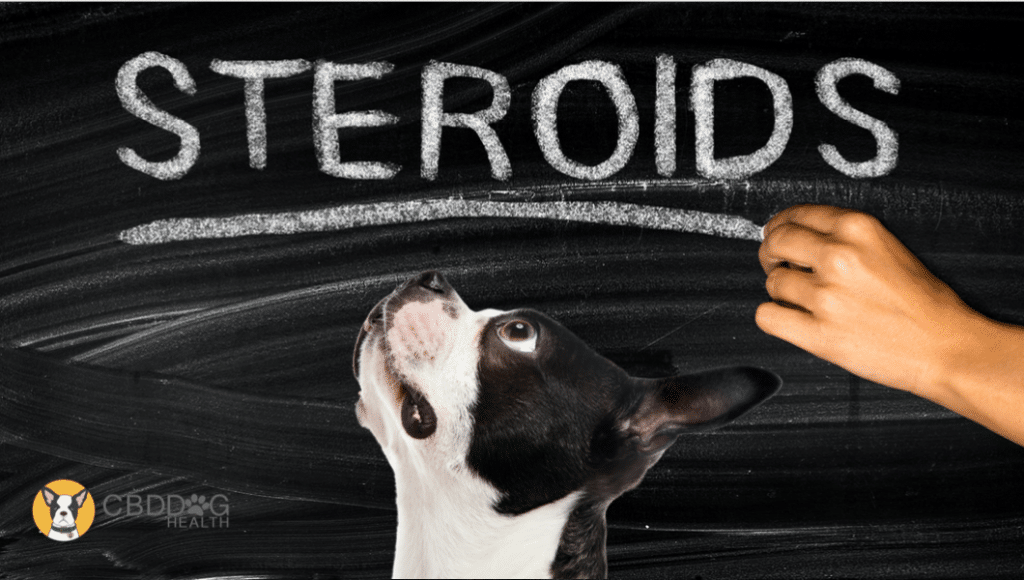 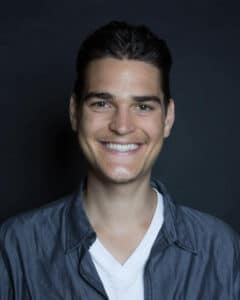 Chances are that most humans and pets have been prescribed a steroid medication at some point in their life for treatment of one or more medical conditions. Whether it be for inflammation, allergies, or another type of illness, injectable and oral steroids have been applied by doctors and veterinarians for decades as a part of treatment plans due to their effectiveness in addressing numerous symptoms quickly and effectively. However, although the relatively fast effects felt by starting a steroid may be impressive, long-term use can and very often lead to serious side effects, both in humans and pets. Moreover, despite newer age doctors trying to move away from heavy use and dependence on steroids, this class of medications is still to this day used more than it should be, given that we know now what they likely lead to over time.

In comparison, CBD and other cannabis-based therapies have recently been found to effectively address a majority of the same symptoms steroids remediate, but do not tend to cause any of the same adverse long-term side effects steroids come with. Therefore, there is a huge potential promise in considering CBD as a legitimate therapeutic substitution for steroids when developing a safe and effective therapeutic treatment plan. Ultimately, when a life of longevity, health, and happiness is the long-term goal, understanding the ramifications and alternatives to steroid therapy is critical for the well-being of patients, including your pet.

The term “steroid” simply describes a class of molecules that have a variety of influences and effects within an animal’s body. Specifically, there are “natural steroids” which our bodies make on their own, and “synthetic steroids” that are produced in laboratories that overlap with our internal bodily systems.

Steroids became widely popular in the 1940’s for inflammatory conditions. Corticosteroids in particular were and continue to be used to treat symptoms associated with arthritis and other degenerative musculoskeletal conditions. In fact, in 1950, the Nobel Prize for Physiology or Medicine went to Dr. Philip Hench, Edward Calvin Kendall, and Tadeus Reichstein for the discovery of cortisone and its applicable uses with rheumatoid arthritis.

Since their discovery and explosion onto the medical scene, steroids eventually became widely over-prescribed, as they were viewed as the “miracle drug” that could help with any and all conditions in conjunction with those initially known. However, as the repercussions of long-term use then began to surface as well, a shift towards healthier, long-term substitutions has slowly begun. Many doctors and veterinarians now only prescribe steroids for short-term applications and rely on multimodal therapies to promote long-term control of the underlying illness(es). However, many other medical professionals have not yet adopted this pattern, and still use steroids more often than is thought to be safe or required. There are a small number of situations where steroids must be used for long-term immunosuppression (including some refractory autoimmune diseases and Addison’s Disease), but again, these are rather uncommon. Unless your pet has one of these conditions, steroids should be considered a short-term solution only.

The most common steroids prescribed by most veterinarians are prednisone, prednisolone, hydrocortisone topicals, and TEMARIL-P. Steroids do, in fact, reduce inflammation in the body, but not without a cost. The most common side effects of early steroid use include polyuria (excessive urination), polydipsia (excessive thirst), polyphagia (excessive signs of hunger despite not actually requiring more food), and panting. Steroids are also well-known for their serious, and sometimes dangerous, side effects including:

If you do a quick search, TEMARIL-P discloses some of unhealthy, dangerous side effects in clear view as:

“If any of the following serious side effects occur, stop giving Temaril-P and seek emergency veterinary medical attention; an allergic reaction (difficulty breathing; swelling of the lips, tongue or face; hives). Trimeprazine can cause drowsiness, tremors and muscle weakness. Prednisolone may cause symptoms of Cushing’s disease which include increased thirst, urination and hunger as well as vomiting and diarrhea. Other side effects may also occur. Talk to your veterinarian about any side effect that seems unusual or bothersome to your pet. Do not give any other over the counter or prescription medications, including herbal products, during treatment with Temaril-P without first talking to the veterinarian. Many other medications can interact with Temaril-P resulting in side effects or altered effectiveness. These include sedatives, anesthetics, pain medications, epinephrine and procaine.”

As stated above, there are few cases where lifetime use of steroids is necessary. But, in the majority of cases where it is not a necessity, the body will become susceptible to developing one or more of the many side effects listed, and will also be subject to dependency and severe withdrawal effects if steroid therapies are discontinued too quickly. That’s why doctors generally advise a gradual tapering protocol off of steroids toward the end of a long-term treatment plan. Ultimately, if a steroid has been used for more than 7 days, then it is not advisable to stop this medication abruptly without the supervision of a medical professional, as this can prove detrimental to your pet’s health as well.

What are Steriods Used for?

Oral steroids are the most commonly prescribed medication for dogs (and us). These medications again are synthetic steroids, meaning they are not naturally produced by our body. They are most often prescribed to treat inflammatory conditions, skin conditions, non-infectious respiratory diseases, and degenerative neuromusculoskeletal conditions.

According to Dr. Gary Richter, “steroids are some of the most powerful anti-inflammatory medications available.” Because of this, they tend to be a commonplace treatment for pets with skin and respiratory conditions. Dr. Richter continued to state, “despite steroids’ ability to reduce inflammation, their long term side effects far outweigh their benefits.”

CBD is being researched as a ‘steroid-sparing option.’ A study published in Current Neuropharmacology indicated CBD has therapeutic benefits for both people and pets who suffer from chronic pain. There is an abundance of compounds found to reduce inflammation in both us and our pets. The most common phytocannabinoids found in the Cannabis plant, THC and CBD, both possess anti-inflammatory properties. Other minor cannabinoids, including CBG, CBC, and THCV were also found to provide anti-inflammatory properties as well.

According to Future Medicinal Chemistry, “cannabinoids have exhibited significant potential to be used as novel anti-inflammatory agents and specific targeting of CB2 receptors holds the promise of mediating immunosuppressive effects without exerting psychotropic side effects.”

According to a veterinarian named Steven Katz, who is one of only a few doctors applying CBD-based therapies in practice, “our experience in my clinic has shown cannabidiol (CBD) is an effective treatment in reducing inflammatory response. We have a passion for improving dogs’ quality of life, and we look forward to learning all we can about therapeutic methods to achieve this.”

The Ultimate Question: Steriods vs. CBD

First things first: If you are reading this and your dog is already taking steroids, it’s absolutely critical the regimen is not stopped immediately. Never attempt to taper this medication without the supervision of a licensed veterinarian.

Taking a full-spectrum CBD-based product in combination with a steroid, like prednisone, will most likely (not guaranteed) not result in any detrimental adverse effects. Although both compounds are broken down by the liver, taking both at the same time is unlikely to cause “liver overload” unless the liver is already unhealthy (which would have been or can only be determined by submitting bloodwork with your veterinarian). If the liver is already “sick” then there may be hypothetical concerns regarding administering both at the same time, even though research up to this point has not proven such statements. The reason for this is because research indicates that CBD and other cannabis-based molecules are broken down by the “cytochrome p450 enzyme” group located in the liver, and that CBD specifically inhibits a component of the activity of a particular enzyme (CYP3A4) which is used by the body to break down numerous other molecules. The effects of this are still not entirely known, but with an unhealthy liver, it is highly advised to be more careful when considering any extra stress it may cause on this organ. We do know that Prednisone does cause liver “induction” resulting in numerous secondary effects, both on the liver’s functioning ability and its ability to handle other molecules simultaneously, such as CBD and the other active compounds in a full-spectrum product. Again though, each animal is an individual, and therefore, each case must be addressed individually before making any decisions or conclusions.

Of course, given what we know about steroids and CBD, we should all desire to get more pets off of long-term steroid use, and if appropriate, use a properly-vetted Full Spectrum Hemp CBD-based therapy to address the conditions steroids were originally applied for. But, this transition must be done responsibly. The overall goal is and should always be to promote a lifestyle of optimum healthiness and happiness.  With the proper diet, natural supplements, and safe remedies in times of illness like a properly vetted full-spectrum CBD-based product, there is an opportunity to enhance and maintain your pet’s overall well-being without abusing and over-using pharmaceuticals, in an age where pharmaceuticals still seem to be king.

Dr. Zac Pilossoph, a Long Island, NY born, nationally recognized veterinary medical professional, a top graduate of Tufts University Veterinary School of Medicine with post-graduate focused training in E/CC and Neurology/Neurosurgery at two of the most recognized programs in the country, and a young multidimensional serial entrepreneur, has rapidly and collaboratively helped promote a new wave of global evolution and individual empowerment in more ways than one. In addition to developing and launching several novel platforms in the veterinary and mental health fields, he is now quickly joining some of the most reputable leaders in the cannabis education and innovation space. Dr. Pilossoph is determined to synergize with colleagues, allowing evidence-based information to fuel a rapidly expanding industry. As one of the world’s most proactive cannabis-focused experts in his respective industry, Dr. Pilossoph provides tremendous value by delivering non-bias, harm reduction education, via both large-scale speaking engagements and individualized consultations, to the global cannabis pet and vet industry. Further, he is a Certified CBD Professional Educator through the CBD Training Academy and has started a nationally influential multi-tiered cannabis brokerage firm titled Excelsior Honour Associates. Lastly, he acts as a consultant for the CBD product space in order to impart as much quality, control, and consistency across the industry as much as possible. Ultimately, through candid education, fierce collaboration, and constructive evolution, Dr. Pilossoph is reversing stigmas and advancing the safe and effective consideration of cannabis into society, for all creatures on Earth.