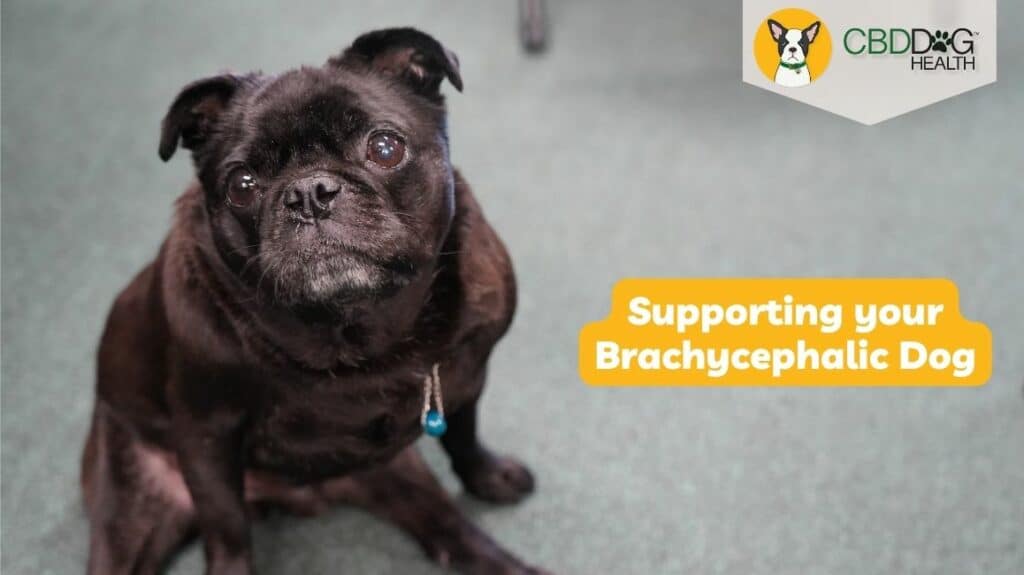 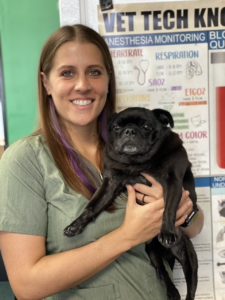 Brachycephalic Obstructive Airway Syndrome or Brachycephalic Airway Syndrome is a condition suffered by many flat-faced aka brachycephalic dogs. Some of the symptoms can cause them a great deal of distress, as well as their owners. Fortunately, there are some amazing discoveries in the world of herbal and plant medicine that can help our short-nosed friends live happier and healthier lives.

What is Brachycephalic Airway Syndrome?

Often seen as BOAS or BAS, Brachycephalic Obstructive Airway Syndrome is the name for the difficult breathing conditions many brachycephalic dogs face. It can involve one or more of the following issues:

Symptoms of Brachycephalic Airway Syndrome in dogs include:

Brachycephalic dogs are even more likely to show severe signs of BOAS if they are obese, so keeping your brachycephalic dog in good physical form is imperative to prolonging their quality of life. Oftentimes brachycephalic dogs can vary greatly in weight even though they may be the same breed (a pug can weigh 15 pounds if petite in frame or up to 30 pounds if taller and longer in frame), so it’s important to judge their body by body score, not by weight alone.

A brachycephalic dog’s environment, inside and outside, can be crucial in keeping its quality of life as high as possible. If you live in a polluted area like a densely populated urban city, a dog with BOAS is going to have a greater degree of difficulty breathing due to air pollution. The same goes for your indoor air environment. Pay close attention to any use of air fresheners, scented candles, cleaning products, and personal cosmetics that have VOCs (volatile organic compounds). These products will further exacerbate the breathing issues brachycephalic dogs face on a daily basis. Try to clean up your home environment as much as possible by buying clean, unscented products and using an air purification system. According to research, our indoor air is 2-5 times more toxic than outside. A HEPA air purifier can be an easy and efficient way to clean up your inside air environment, for your sake, and your pets’.

In addition to pollution, the temperature and humidity of the air is also a factor. Dogs who live in warmer, more humid climates are going to be more prone to complications and breathing difficulties. Brachycephalic dogs have less tissue (or all the tissue is jammed together without much surface area) in their airways, so their internal cooling systems do not work as efficiently as dogs with snouts. Keeping them cool and out of heat-stressing environments is absolutely fundamental to prevent severe stress or even fatal outcomes.

Due to their anatomy, brachycephalic dogs are more susceptible to upper respiratory infections and allergies, accounting for a significant percentage of deaths in dogs with extreme brachycephalic features. These respiratory conditions are due to chronic inflammation from cramped anatomical structures in their skull.

Brachycephalic dogs often have a lot of facial wrinkles or folds, which makes them more prone to developing skin infections and inflammation of skin wrinkles. Routine cleaning and a proper diet can help alleviate these issues.

Short-nosed breeds like bulldogs have larger skulls than normal dogs. This makes it much harder for a pregnant mom to give birth naturally. Almost all English Bulldogs bred today have to be birthed via cesarian section (C-section) because the puppies’ heads are too large to fit through the birth canal. This makes breeding not only risky but quite expensive and puts puppies’ immune systems at a disadvantage early on in life.

Brachycephalic dogs still have the same amount of teeth as any other breed, but since they have no snout, all those teeth get jammed into a smaller oral cavity. This makes dental problems a likely issue for this type of dog. Dental crowding will cause plaque and tartar to accumulate and make it difficult or impossible to brush properly.

Just as with their teeth, brachycephalic dogs tend to have eyes that have little space to occupy. This creates several eye issues, most notably dry eye and blink deficits due to the inability to fully close their eyelids. Their eyelashes and eyelids may also roll into their eyes, causing irritation and scarring. Most brachycephalic breeds encounter some sort of acute or chronic ocular issue during their life due to their cute little smashed-in faces.

Other than the environment and proper diet as mentioned above, there are a lot of wonderful natural medicines out there that can help our flat-faced friends breathe easier.

Medicinal mushrooms can be absolutely life-changing for many brachycephalic dogs, due to their gentle yet powerful anti-inflammatory and infection-fighting abilities. A lesser-known mushroom called Artist Conk, part of the Reishi family, has a tremendous ability to help open airways and ease congestion and inflammation in the respiratory tract. It has been used for centuries to treat all sorts of respiratory conditions including rheumatic tuberculosis and esophageal carcinoma. It has potent anti-tumor, anti-fibrotic, and anti-bacterial properties. It helps relieve phlegm and also can help with indigestion (common among brachycephalic breeds). This amazing mushroom works even better when combined with other herbs and mushrooms to achieve tremendous synergistic effects. 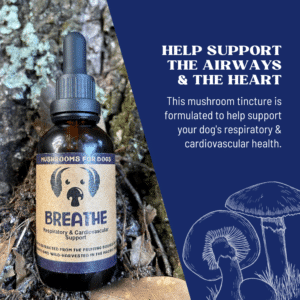 Finding an effectively extracted mushroom product is difficult. Just like Full Spectrum Hemp Extracts, there’s a lot of junk out there to sift through. Fortunately, Angela Ardolino has taken the effort and guesswork out of it all by creating MycoDog Mushroom Extracts.

Mycodog’s respiratory and immune system support formula called Breathe is the answer to any brachycephalic dog owner’s prayers. Just ask me and my pug, Bruce Wayne, who has been using Breathe mushroom extract for the last 4 months. I noticed an overnight improvement in Bruce’s breathing and constant hacking and gagging. Its sweet taste is very palatable, and Bruce will lick it right from the dropper! It’s easily added to food, and dogs can’t even tell it’s in there! I love that Breathe not only supports Bruce’s respiratory system, but also helps regulate his immune system and nervous system by its complimentary addition of astragalus and ashwagandha.

Owning a brachycephalic dog can be one of the most rewarding, loving, and joyful relationships you have with a dog. However, because of their cute, smashed-in faces, brachycephalic dogs come with their own set of issues and lifestyle requirements. By keeping a clean indoor environment, managing inclement weather that may negatively affect them, and feeding them a clean, fresh whole food diet, you can alleviate many of the breathing issues brachycephalic dogs with BOAS face. Adding herbs and medicinal mushrooms, as well as full spectrum hemp extract, can give them the complete package to help them live a happy, healthy life for many years to come.

Krysta Fox is an experienced Veterinary Technician, a career inspired by her own beloved pug’s medical issues. With her years of experience working in traditional, holistic, and integrative practices, working alongside some of the most gifted practitioners in the industry, her varied experiences have played a key part in expanding her knowledge of veterinary medicine. She has also previously taken on several roles within the industry, including the manufacture and sales of raw pet food as well as consulting on animal health and nutrition. With her combined veterinary and pet industry knowledge, she can effectively help almost anyone she comes across in some way regarding their pets’ health.