CBD for Lyme Disease in Dogs 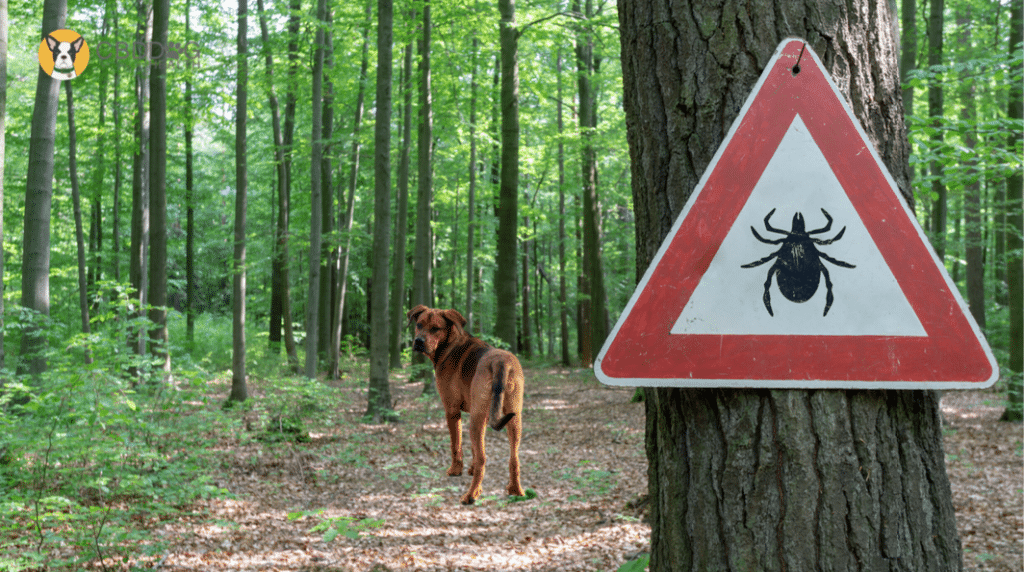 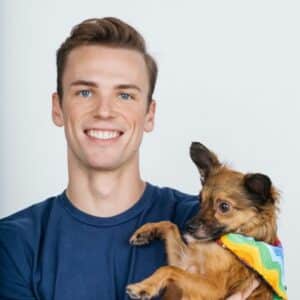 Summertime is the high season for insect-borne diseases. With the warmer weather, we are spending more time outdoors, among the tall grass that makes a happy home for all sorts of creepy crawlies and especially TICKS! In North America, Lyme disease in dogs or humans is most commonly transmitted through the bite of a blacklegged tick, also called deer ticks. You may not even notice that you or your pet have come into contact with these little buggers until long after the fact, when symptoms begin to surface. Luckily, although CBD is not a cure for Lyme disease, CBD for Lyme disease in dogs can help in many ways.

What is Lyme Disease?

Lyme Disease is a tick-borne illness, however it is not the tick bite itself that causes Lyme Disease, rather a particular bacterium which ticks are prone to hosting, Borrelia burgdorferi. The only natural way that this bacterium has been found to enter the bloodstream of humans and animals is through tick bites.

According to research, it takes between 36 and 48 hours for the bacterial transmission to occur. The most common age of tick to bite is a nymph. Nymphs are almost invisible; they are about the size of a pencil tip. Due to their small size, it is likely that you may not realize the bite, and the resulting transfer of bacteria, has happened until it is too late.

So even if you do everything in your power to prevent tick bites and Lyme disease in dogs, it’s possible your pet could still become infected. But how do you know if your dog has Lyme disease?

Symptoms of Lyme Disease in Dogs

Lyme disease has been called ‘The Great Imitator’ because of how easily its symptoms can be confused with other diseases. As mentioned above, Lyme disease is often transmitted by very small, immature ticks in their ‘nymph’ stage. Without seeing the tick that caused the infection, it can be difficult to make sense of the symptoms that come with Lyme disease in dogs.

According to Dr. Rania Gollakner, DVM, Lyme disease in dogs is one of the most common tick-transmitted diseases in the world. However, it only causes symptoms in 5-10% of affected dogs. So some dogs may have it, but never show symptoms. In other dogs, symptoms may not show up until years after the event that infected them. 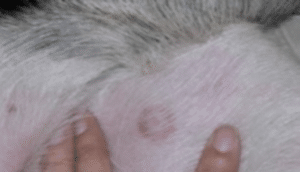 Common symptoms of Lyme disease in dogs include:

If you are able to catch the infection in its early stages, there is a good chance you will be able to treat the bacteria effectively using antibiotics. The issue is, oftentimes Lyme disease in dogs is not discovered until symptoms start presenting themselves, at which point the bacteria is widespread throughout the body and is hard to target.

This unfortunately leads to long-term use of antibiotics, and eventually resistance to antibiotics, which has become a progressive concern over the last several decades. In addition, antibiotics come with a wide range of possible adverse effects on the rest of the body.

Among many reasons to avoid overusing antibiotics, is the risk of compromising the gut flora. As we know, the gut is central to our pets’ immune health. By upsetting this balance of good bacteria, we could end up seriously damaging our pets’ natural immunity and making them vulnerable to a whole host of infections and diseases.

CBD for Lyme Disease in Dogs

Although CBD for Lyme disease in dogs is not a cure, it has the potential to help in many ways. Let’s go over some of the many beneficial properties of CBD that are backed by research.

CBD as an Antibiotic

According to research, CBD and the other cannabinoids in a Full Spectrum Hemp Extract, have the potential to aid against a variety of bacterial infections, including Lyme disease. Cannabinoids like CBD, THC, CBC and CBG have all been shown to have powerful antibiotic effects.

Not only does cannabis have potential as a primary antibiotic for Lyme disease in dogs, there is evidence that it may also boost the effects of other conventional antibiotics that are typically used to treat the disease. According to a study by the London Metropolitan University:

Widespread inflammation is one of the main symptoms of Lyme disease in dogs. Inflammation can occur in the brain, muscles, cardiovascular system, but the most prominent site for this symptom is in the joints. Inflammation of the joints often causes pain and mobility problems that can be quite debilitating for our pets.

The various cannabinoids found in a full spectrum hemp extract are known for their powerful anti-inflammatory properties. CBD for joint pain is a common remedy because of its ability to modulate our pets immune response and reduce inflammation.

Elevated body temperature is another one of the ways our pets’ immune system responds to the bacteria that cause Lyme disease. When chronic fever persists, it runs the risk of causing serious harm to our pet’s internal organs.

The immuno-modulatory effects of cannabis are well documented. One of the ways CBD can help with the fever associated with Lyme disease in dogs, is by increasing communication within the immune system and suppressing the fever response.

Dr. Shawn Meirovici, a Toronto-based naturopathic doctor specializing in pain management, notes that cannabis is known to have “antipyretic or fever-reducing properties, due to its ability to suppress the immune system.”

Along with the joint pain that arises from the swelling in and around our pet’s joints, there are a lot of other ways this disease causes extreme discomfort throughout the body. Your pet is likely to experience intense muscle and body aches, as well as neuropathic pain.

One of the first recorded uses for Cannabis as medicine was for pain and inflammation of the joints. This has been confirmed by ongoing preclinical studies in animals, which have demonstrated that CBD reduces pain and inflammation. CBD offers safe, natural pain relief by altering the manner in which the central nervous system communicates the sensation of pain to the brain.

In both humans and dogs, nausea can be a chronic problem for those who have been infected with the borrelia bacteria. This can result in vomiting, dizziness and a general feeling of malaise.

One of the most common uses for cannabis is to aid with the side effects of chemotherapy for cancer patients. The American Cancer Society even includes cannabinoids on its list of ‘Medicines Used To Treat Nausea and Vomiting’. “These drugs may be used to treat nausea and vomiting from chemo when the usual anti-emetic drugs don’t work. They also may be used to stimulate appetite.”

Studies show that CBD is great for reducing excessive gastric acid, increasing blood flow to the stomach lining, and helping the lower esophagus prevent reflux. As mentioned above, CBD is also a natural inflammation regulator, which helps to ease intestinal inflammation, while the natural phospholipids simultaneously act as a pain and fever reducer.

We all know how important rest is for the healing process. These restless nights mean our animals have a harder time recuperating from illness and infection. On our rescue, Fire Flake Farm, we see all sorts of dogs with different health conditions and levels of stress. When dogs arrive at our door they are often stressed out and showing obvious signs of illness. One of the best ways we can support them is by giving them the gift of a good night’s sleep.

Luckily, CBD is a great way to help our pets relax, come to a place of rest and stay asleep. This case series reports that CBD has a calming effect on the central nervous system and can improve the amount and depth of sleep in those suffering sleep disorders and that CBD is better tolerated than other psychiatric medications.

Though less common than some of the other symptoms, dogs who have been infected with the Borrelia burgdorferi bacterium may succumb to occasional seizures.

One of the most dramatic and studied benefits of therapeutic cannabis is CBD for dog seizures. We recommend using CBD for seizures both at the time of an episode and to reduce the frequency of future seizures.

In a recent study, neurologist Stephanie McGrath assessed the short-term effect of CBD on seizure frequency in 16 dogs. Through the study, McGrath found that 89 percent of dogs who received CBD in the clinical trial had a reduction in the frequency of seizures. Additionally, McGrath saw a significant association between the degree of seizure reduction and the amount of CBD concentration in the dog’s blood.

The best way to treat Lyme disease in dogs is preventatively. As we’ve discussed, detection can be challenging, not only due to the small size of the ticks and their bites going unnoticed, but also due to the wide range of symptoms. With Lyme disease in dogs, your best bet is to prevent the infection from happening, rather than treating it after the fact.

Related: Lyme Disease in Dogs with Krysta Fox on Your Natural Dog Podcast