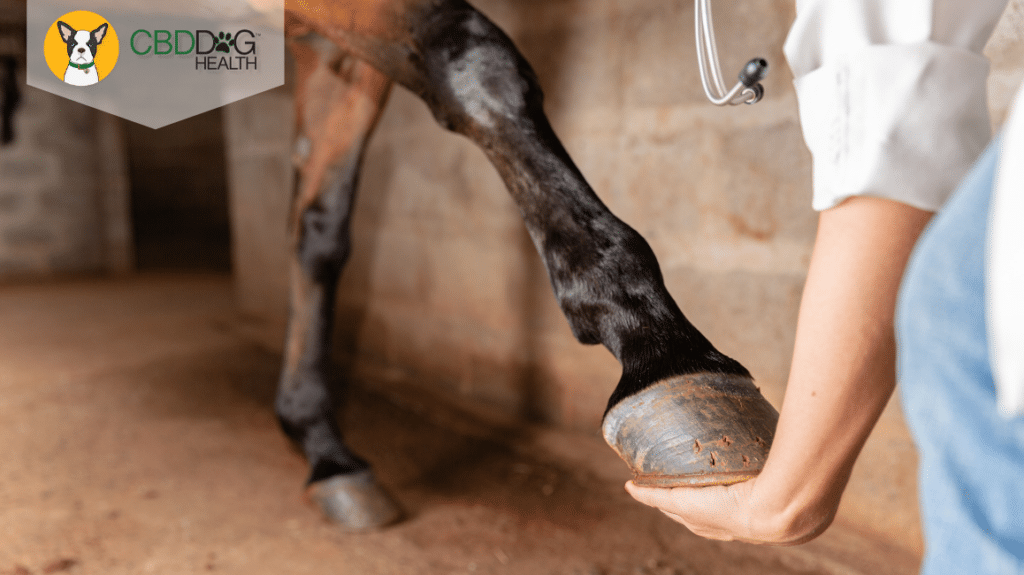 Since DSLD ultimately leads to the breakdown of connective tissue, as the connective tissue begins to break down there are several signs or symptoms that may be seen depending on the severity of the condition. The horse’s fetlocks may drop toward the ground, the pasterns may become horizontal, and the hocks may straighten out. 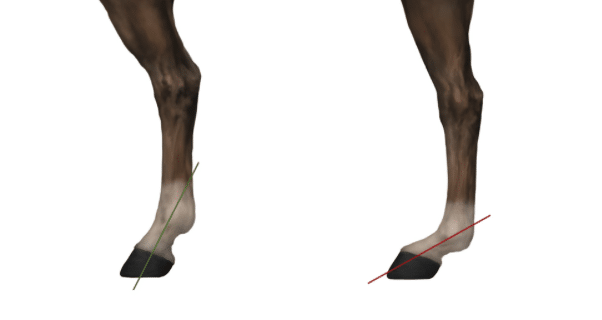 Sometimes, you may also feel hardening and/or enlargement of the suspensory ligaments.

DSLD also often leads to incurable lameness, especially in the horse’s hind limbs. The condition is slow-progressing and difficult for the horse owner to watch as the condition worsens.

In summary, symptoms of DSLD may include several or more of the following:

As research continues to be conducted regarding DSLD, more is uncovered regarding the root cause of the condition. Historically, DSLD was thought to be limited to the horse’s suspensory ligaments of the distal limb(s). Research has now uncovered that DSLD is a systemic disorder involving many tissues and organs with connective tissue being particularly affected. Connective tissue is the tissue that connects, supports, binds, or separates other tissues or organs in most cases. Scientists are now recommending this condition be known as ESPA or equine systemic proteoglycan accumulation.

Abnormal accumulations of proteoglycan between collagen fibers, in the tendon matrix, and between the elastic fibers of blood vessels have now been found to be a more prominent feature of the condition.

DSLD is also thought to be genetic as it has been shown to run in families. Scientists have found similarities between DSLD and a condition in people known as Marfan’s Syndrome. According to a study published by BMC Veterinary Research, “ Marfan’s syndrome affects joints, the aorta, heart valves and eyes. Affected individuals are typically tall, have heart and eye problems and frequently die of a catastrophic rupture of the aorta. The genetic and biochemical defect of Marfan’s syndrome is a mutation in the gene for fibrillin-1, an extracellular matrix protein involved in proper organization of fibrils. Because fibrillin-1 regulated activation of transforming growth factor β is impaired in Marfan’s patients and fibrillin deficient mice, it is quite likely that accumulation of proteoglycans causing the prolapse of mitral valve, a prominent feature in Marfan’s syndrome, is one of the consequences. Whether secondary changes in regulation of growth factors and other mediators play a role in DSLD is not known at the present time.”

Diagnosis of DSLD is often based on family history, examination of the fetlocks, and sonograms of the affected ligament(s). Diagnosis has been difficult in the past, but as additional information is discovered, diagnosis can be made sooner. The earlier a diagnosis is made, the better the prognosis and the more potential there is to slow the condition.

Conventional treatment aims to alleviate pain and make the horse more comfortable. Stall confinement is also generally recommended for up to one year. Pain medication, leg wraps, and shoeing to raise the horse’s heels are recommended. Feed supplementation containing methyl sulfonyl methane, or MSM, has been shown to strengthen the suspensory ligament.

CBD may be considered as an alternative option to alleviate pain and inflammation. CBD may also bring the body back to balance (AKA homeostasis) improving your horse’s overall quality of life.

CBD has been found to effectively reduce many of the same symptoms as traditional medications like NSAIDs and steroids do without the same adverse effects. CBD has the potential to become a long-term effective, therapeutic alternative to conventional treatments with a natural, safe plan.

You will notice there is a lack of research on horses; however, it’s critical to note all mammals possess an endocannabinoid system that is positively influenced by cannabinoids, like CBD. This means the research on people, cats, dogs, and other mammals can be utilized by scientists, and us, to determine the effects on certain ailments including pain and inflammation.

A study published in 2006 in Current Neuropharmacology states that CBD has therapeutic benefits for both people and pets suffering from chronic pain and acute chronic pain episodes.

Unfortunately, there is currently no cure for DSLD. The good news is scientists are continuing to work on finding one and there are ways to make your horse more comfortable. CBD is the main alternative method that can be utilized safely for long-term use. Steroids and NSAIDs can wreak havoc on the body resulting in long-term damage, whereas CBD can be used long-term safely and effectively. There are also support groups available for horse lovers who have horses with a DSLD diagnosis to discuss what has and hasn’t helped their individual horses.