The Therapeutic Effects of Curcumin 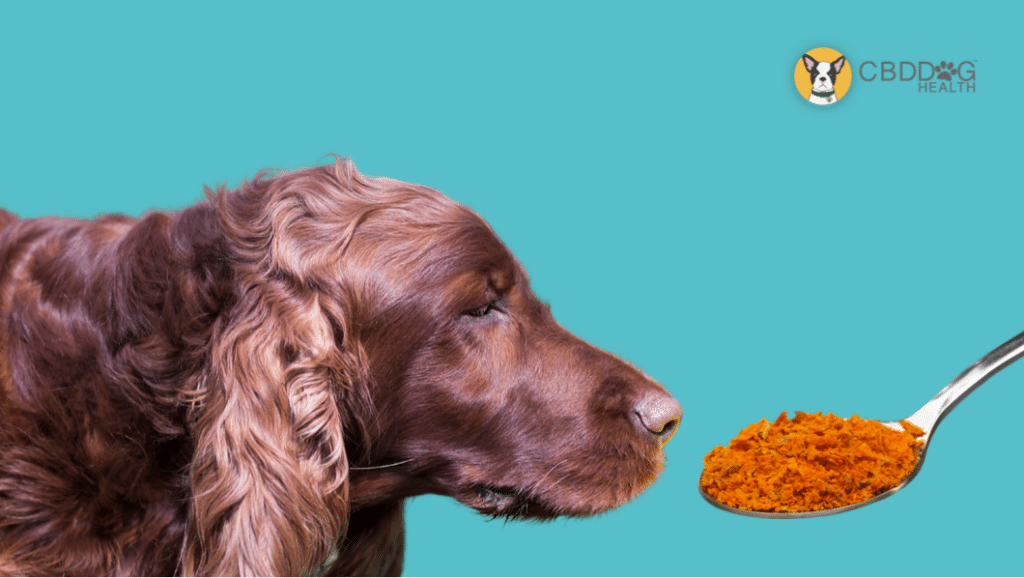 Turmeric contains a compound known as curcumin. Curcumin is the predominant therapeutic ingredient in Turmeric root. It’s known for its therapeutic properties as an anti-inflammatory, antibacterial, antioxidant, and antifungal. Curcumin is also known to contain anti-cancerous properties and assist with healing wounds. This compound is also helpful with other conditions including diabetes, arthritis, and liver disease.

The main point of interest for dogs here is reducing the aches and pains which accompany arthritis. The therapeutic properties of curcumin help decrease inflammation and, therefore, decrease pain levels.

Curcumin works by regulating enzymes and other biological components within the body. A study conducted by Biochemical Pharmacology called it “cure-cumin” due to its therapeutic effects on the body. Another study found it to be even more effective than Ibuprofen as an anti-inflammatory.

The study went on to state curcumin can also be helpful in diseases such as:

A study in Connective Tissue Research investigated the healing effects of curcumin in rats. The findings were remarkable. Curcumin-treated rats had more organized tendon fibers in addition to more Type I collagen (the protein that provides tendons with strength). There was an antioxidant present in the rats preventing tissue damage as well.

One of the ways researchers study the body’s reaction to various compounds is by taking a closer look at the body’s genes. In a study published by Veterinary Immununology and Immunopathology, researchers compared genes that affected white blood cells in dogs with osteoarthritis. The study had two groups; one treated with NSAIDs and another treated with 4mg/kg of curcumin twice per day.

After 20 days passed, the white blood cell counts of both groups were examined to determine levels of inflammation in the body. The results showed that curcumin mimicked the effect of the NSAIDs group. This study tells us that curcumin could be offered as a natural alternative.

Chronic inflammation can lead to cell mutations and therefore turn into cell replication, leading to cancer. Curcumin has been found to act as a preventative measure; an anti-cancer compound. According to the American Cancer Society, curcumin inhibits the tumor’s ability to grow, replicate, and metastasize within the body.

In The Dog Cancer Survival Guide, Dr. Demian Dressler stated “curcumin is an antioxidant when taken in low doses, but when it is used in higher doses it has a pro-oxidant effect. Pro-oxidants cause free radicals to form, which can damage and even outright destroy cancer cells (leaving normal cells untouched). He continued to state “curcumin slows angiogenesis (the making of new blood vessels) in cancer cells, making it harder for them to feed themselves or metastasize. Curcumin blocks the topoisomerase enzymes, which are critical to the DNA replication process. As topoisomerase enzymes are disrupted, new cancer cells have diminished ability to ‘turn on’ their growth genes.”

You’ll notice in our Full-Spectrum EASE CBD tincture for aches and pains, that turmeric (curcumin) is included within the tincture. This product has had great success as documented in our success stories. 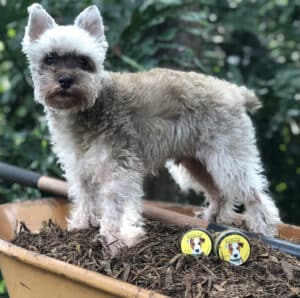 We have an 11-year-old miniature schnauzer, named Odie, who began experiencing joint pain and inflammation in 2016. He was having a hard time walking prior to beginning his CBD regimen. He was placed on EASE 550 mg Full Spectrum Hemp Extract to be administered each morning. Within one week, Odie was able to walk normally again. He was so much better, in fact, he began to walk up and down the stairs. The inflammation decreased and his quality of life increased. He continues to take EASE orally every day for joint pain and inflammation. 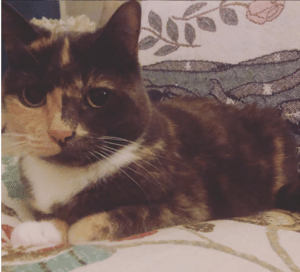 CBD Dog Health also offers EASE 550 mg Full Spectrum Extract for cats. Chloe, a 13-year-old calico cat began experiencing severe joint pain in 2014. Her pain was so severe she was no longer able to jump more than a few inches off the ground and she was experiencing difficulty with her balance.

Chloe began .5mL of EASE 550 mg Full Spectrum Hemp Extract for cats each morning. After one week of taking EASE, Chloe was able to get back to her normal self jumping from one place to another. She continues to take EASE daily for joint pain.

Curcumin has proven itself tremendously both in studies and in real-life success stories as you see here. It comes as no surprise we would include it in the EASE tincture for aches and pains. To learn more about how turmeric spice can help your pet, click here to learn more, or if you would like to give it a try, go grab a bottle of our EASE tincture and see for yourself. We would love to hear your success story!