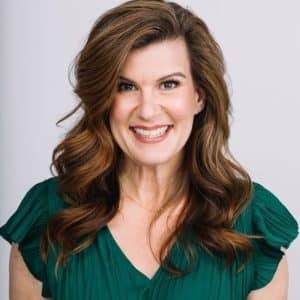 If you live near the West Coast, you may have heard the California is working to pass a bill to legalize medical marijuana for animals when prescribed by a veterinarian. As one of the first states to legalize medical cannabis for people in 1996, California also became the first state in the U.S. to recognize cannabis in veterinary medicine last year with the passage of AB 2215, which provided legal protection to veterinarians who talk with pet owners about the use of medical cannabis as a form of treatment for pets.

The new bill in California, SB 627, would take those protections further and would allow qualified veterinarians to recommend cannabis for pets. The bill is still under review by the California Veterinary Medical Board (CVMB) but comes as a response to veterinarians being asked questions about dosing, brands, and other common CBD questions.

It is important to remember, however, that hemp and hemp-derived products with less than 0.3 percent THC are legal in all 50 states. In fact, hemp products are regulated by the FDA rather than the DEA due to the recent passage of the Farm Bill.

With all of the changes in the law, the main questions on everyone mind are: what is the difference between hemp and marijuana? Aren’t they both cannabis? Should a dog have THC?

What is the difference between hemp and marijuana? Are they both medical cannabis?

Hemp and marijuana are both from the cannabis plant family. Hemp contains less than 0.3 percent THC and is federally legal in all 50 states. Marijuana may contain higher than 0.3 percent THC and is often associated with the psychoactive reaction of feeling “high”. Think of it like they are two breeds of dog — a Chihuahua and a Great Dane have different temperaments typically, but they are both dogs.

Hemp has been used for centuries to make medicine, paper, clothing, and even housing material. Cannabidiol, or CBD, is the most prominent naturally-occurring cannabinoid component found in the hemp plant, constituting up to 40% of the plant, and has incredible therapeutic benefits. Full spectrum hemp CBD oil contains as many cannabinoids and terpenes as possible without removing any during the manufacturing process.

Marijuana contains THC, the psychoactive cannabinoid often associated with feeling “high” and has also been used for centuries as medicine. However, due to the THC content of marijuana, the amount of CBD is lower than what is found in the hemp plant.

Cannabis is a genus of flowering plants in the Cannabaceae family, which consists of three primary species: Cannabis sativa, Cannabis indica, and Cannabis ruderalis. Hemp and marijuana are both Cannabis Sativa plants and can be grown, cultivated and extracted to contain anywhere from 0% THC to 90% THC. The more THC a cannabis plant has, the less CBD it has — and vice versa. Regardless of whether it is hemp or marijuana, it’s still a Cannabis plant.

Due the easy crossbreeding of Cannabis species to generate hybrids, the plants are divided into different chemotypes. On the basis of their cannabinoid profiles, five chemotypes have been recognized:

· Chemotype I comprises drug type plants with a predominance of Δ9-THC-type cannabinoids. You will find this in states where medical and recreation cannabis is legal.

· Chemotype II comprises plants with intermediate characteristics between drug-type and fibre-type plants. This is often used to make medical cannabis as it has a wide variety of cannabinoids.

· Chemotypes III and IV are fibre-type plants containing high levels of non-psychoactive cannabinoids and very low amounts of psychoactive ones. This is what full spectrum hemp CBD is made from, including CBD Dog Health products.

· Chemotype V is composed of fibre-type plants which contains almost no cannabinoids. You might find this used to make clothing, paper, or other non-consumable products.

Is THC safe for pets?

Your dog will not die from too much THC, but you will think your dog is dying.

All mammals have a system called the Endocannabinoid System. In short, this system is made up of receptors called CB receptors, and these receptors interact with the elements of the cannabis plant (like CBD and THC) to communicate with cells. This system instructs cells on how to repair damage and how to return to a state of homeostasis. Dogs have 10 times the CB receptors throughout their brains, nervous system and body that humans do. So, while the receptors in the human body may benefit from higher amounts of THC, dogs are very sensitive to THC and the psychoactive effects and just a little will make them incredibly “high” — and not in a good way.  However,  no human or pet has ever died from consuming any type of marijuana or cannabis.

There are unregulated pet products in California that are a 1:1 ratio — meaning equal CBD and THC. This is medical marijuana for humans being used on pets, and should be avoided. The safest and most beneficial way to use cannabis for pets is by only using full spectrum hemp CBD products, like CBD Dog Health.

To learn more about the Endocannabinoid System and the difference between hemp and marijuana, visit www.cbddoghealth.com.

Angela Ardolino  is a holistic pet expert who has been caring for animals for over 20 year and operates a rescue farm in Lutz, Florida. She also is the owner of  Beautify the Beast,  a natural pet salon and shop, and is the founder of  CBD Dog Health. Angela has five dogs, plus 4-10 at any time that she is fostering or boarding; visit  www.angelaardolino.com for more information.