In the Press: Modern Dog Magazine – What is the Bark All About? 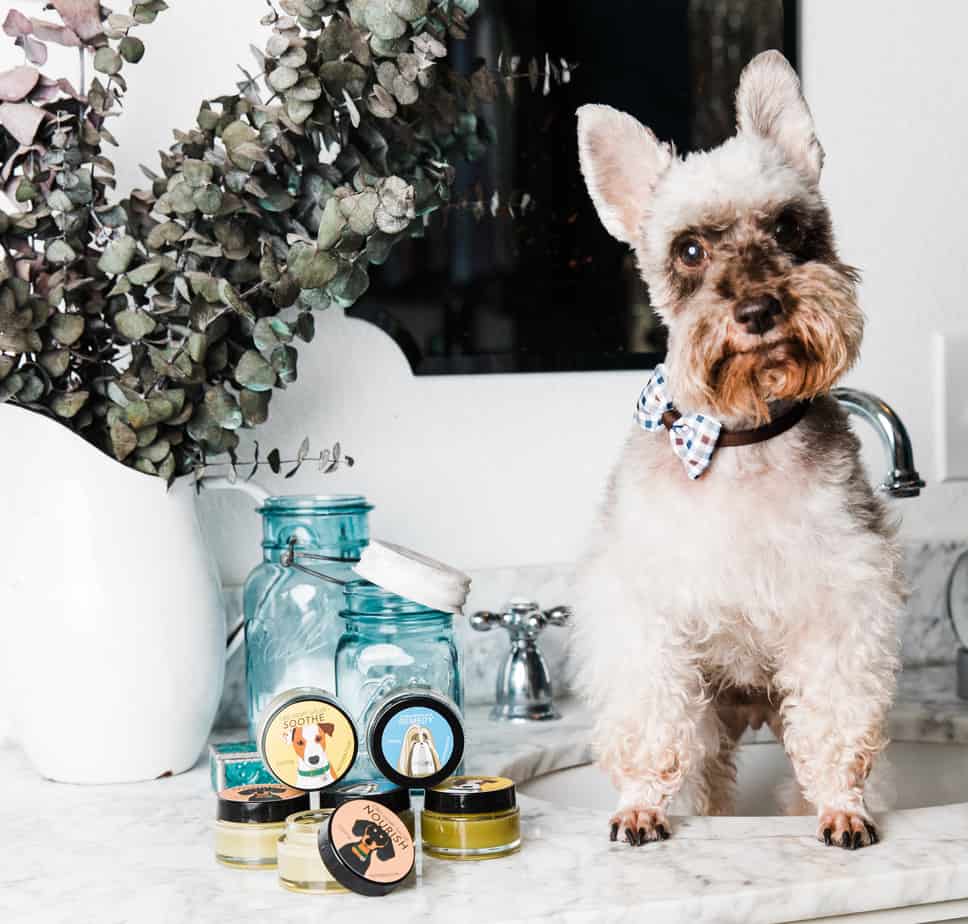 This article was originally published in Modern Dog Magazine.

My 11-year-old schnauzer, Odie, is a little old man at heart. He stands tall, not seeming to notice that he is actually 3-feet shorter than the big dogs around him, and barks at them until they do his bidding. He is a spitfire.

But three years ago, Odie began to experience joint pain and severe storm anxiety. The leader of my family’s pack would suddenly be found shaking, compulsively licking, and unable to move. As he has aged, his back legs have begun to kick at random, causing him to stay up at night and be completely exhausted – which only intensifies his anxiety.

It was hard to see Odie suffer. But, with the help of CBD, I have seen Odie become healthier and more like his old self.

Since CBD is an up-and-coming industry, especially CBD for pets, it is important to understand exactly how CBD works and what it can treat before you can decide if it is right for you.

How does CBD work?

CBD works so well in dogs, because dogs have more receptors in their endocannabinoid system than even people. This means that the positive effects of CBD are felt even stronger in dogs.

What does CBD treat?

CBD hemp oil can treat a variety of illnesses and is effective as preventative care. In fact, hemp seed oil contains the perfect ratio of Omega-3 and Omega-6 fatty acids and has better overall nutrition than fish oil. This makes CBD a fantastic preventative aid to maintain good heart health.

The list of ailments CBD can treat is extensive, and includes (but is not limited to):

To read the rest of the article, click here! This article was originally published by Modern Dog Magazine.