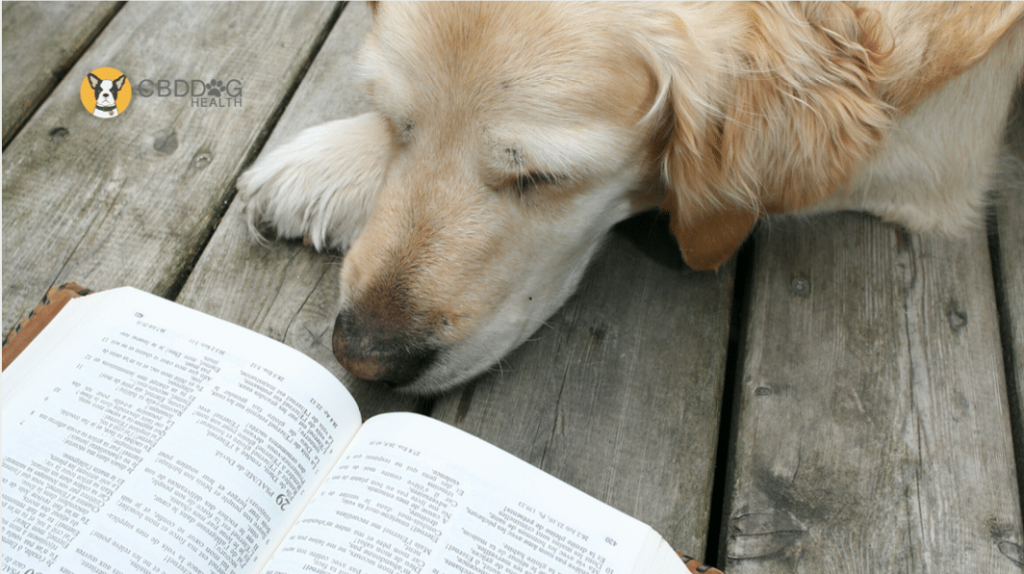 I am someone who doesn’t trust anything until I have researched it myself. In fact, before I would give my pets full spectrum hemp extract (CBD), I got my certificate in the biology and therapeutic uses of medical cannabis from the University of Vermont Larner College of Medicine. I also made it my mission to share as much research and information with pet parents about cannabis and other holistic methods of healing as possible.

One of the questions my team and I are asked often is whether CBD is safe and if it has any negative effects on pets. Because of a recent study, a stern warning from the FDA, and negative coverage in mainstream media outlets, the question has been posed: “Does CBD elevate liver enzymes to dangerous levels?” To find out the truth, I consulted the country’s top holistic veterinarians and did a little digging to find the most current research and medical opinion.

A New study on the “Observed Impact of Long-term Consumption of Oral Cannabidiol on Liver Function in Healthy Adults” has reported no evidence of liver toxicity associated with CBD. “Observational data gathered from 839 participants — ages 18–75 from across the U.S. and known to be taking hemp-derived CBD products orally for a minimum of 30 days — showed that CBD at the doses consumed in the study is not associated with clinical liver toxicity. Previous studies have suggested that prescribed cannabidiol (CBD) products may cause elevations in liver tests (LT).”

“This study compared the prevalence of elevated LT in an adult population self-administering CBD with the normal and general adult population prevalences. A total of 28,121 individuals were invited to participate in this study, 1475 enrolled, and 839 (female: 65.3%, male: 34.7%) completed the study. Full-spectrum hemp oil was used by 55.7%, CBD-isolate by 40.5%, and broad spectrum by 3.8%. The mean – SD daily dose of CBD was 50.3 + 40.7 mg. The prevalence of elevated ALT was 9.1%, aspartate aminotransferase (AST) 4.0%, alkaline phosphatase 1.9%, total bilirubin 1.7%, with 85.5% of the ALT elevations < 2 · the upper limit of normal (ULN) with only 0.3% having ALT levels > 3 · ULN. The prevalence of ALT and AST elevations (9.1% and 4.0%) were not significantly different from known adult general population prevalences (8.9% and 4.9%). There was no significant association between CBD dosage and LT values. Thirty-three individuals with elevated ALT levels had follow-up LT performed with 21 having normal LT, 8 having the same severity of ALT elevation, and 4 having an increase in severity, 1 of which ultimately became normal.”

The results of the study concluded “Self-medication of CBD does not appear to be associated with an increased prevalence of LT elevation and most of the LT elevations are likely due to the conditions/medications for which the individuals are taking CBD.”

What About The Study That Alleged CBD Was Unsafe for Dogs Because of Elevated Liver Enzymes?

The original study that alleged that CBD raised liver enzymes was published in a medical journal called Molecules, and was conducted by the University of Arkansas for Medical Sciences. Researchers looked at the effect of various dosage amounts on mice, using the recommended dosage amount for humans to scale. The study found that mice who received higher doses of CBD showed liver damage within 24 hours, with 75 percent on the brink of death in a matter of days. Scary stuff, right?

There is just one big problem with the study: it was conducted using Epidiolex, an FDA approved CBD isolate, and the dosage was astronomically high. Epidiolex is NOT a full spectrum hemp extract, which means that the entourage effect is not in place and the amounts given were purposefully misleading.

To conduct the experiment, scientists fed mice single doses of CBD ranging from “low” at 246 mg/kg up to a mega-dose of 2460 mg/kg CBD. To break it down, for every kilogram of body weight, they gave the mice about 2.5 grams of CBD. This dose is over ten times the normal dose – which is unreasonably high, and which caused the study to be skewed away from reasonable use from the start. The study’s abstract also presents math that is impossible. Since only 6 mice were studied, 75 percent of mice would have been 4.5, leaving only 1.5 mice to survive. Perhaps it is the animal lover in me, but I do hope that whichever mouse was able to survive in two halves is living a healthy life to this day, but something tells me that this figure is simply incorrect.

Why Would the Makers of Epidiolex Want Negative Results?

Epidiolex is made by a pharmaceutical company called GW Pharmaceuticals, who has taken great pains to corner the market on cannabis. In fact, they routinely lobby for stricter regulations that only they can meet, for example, they have pushed for legislation making it harder for medical cannabis companies to be marketed unless FDA approved. So, pushing researchers to find an issue with liver toxicity can only serve to benefit them by allowing them to be the only company able to provide a product that potentially will NOT elevate enzymes when used as directed. By raising consumer skepticism and fear of cannabis, they can effectively corner the market.

Do Vets Think CBD Is Safe For Dogs?

Dr. Gary Richter, a holistic veterinarian and owner and medical director of Holistic Veterinary Care in Oakland, CA, has been using medical cannabis to treat dogs and cats in his practice for years. After years of research, Dr. Richter has spoken publicly about this study and shares that your pet cannot overdose on CBD, and elevated liver enzymes were reported incorrectly. 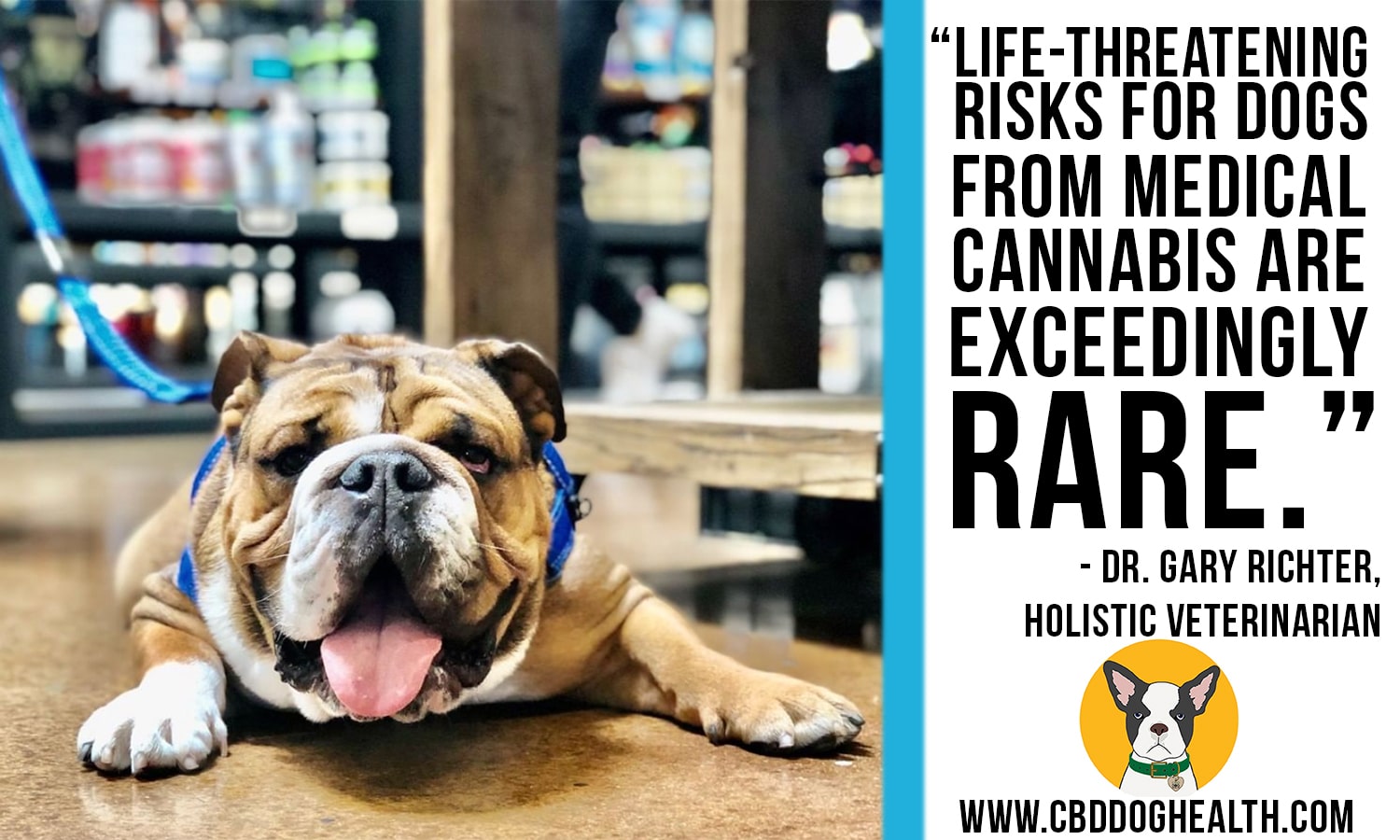 “Life-threatening risks for dogs from medical cannabis are exceedingly rare,” Richter says. “Toxicity more often occurs when a pet has eaten a product that contains chocolate, coffee, or raisins. Even if the THC toxicity is not excessive, they can sometimes have problems due to these other ingredients.”

Dr. Richter also notes that most medications, including Tylenol, raise liver enzymes, and when given extremely high doses of these common medications (or small doses over long periods of time) liver damage can occur. However, research has not shown that life-long use of cannabis has an adverse effect on the liver. In fact, it has shown the opposite, because elevated liver enzymes cease as soon as cannabis leaves the system (unlike dangerous pharmaceuticals) and CBD can be tolerated in dogs at very high dosages without fatal side effects.

“You always have to look at the clinical picture. Looking at one study’s research regarding elevated liver enzymes and focusing on it is a fear-based approach to medicine. And, it’s inhibiting our ability to understand this plant as a whole.”- Dr. Zac Pilossoph

Is CBD Safe For Dogs?

Studies have shown that CBD is actually safer for dogs than many prescription medications, like phenobarbital. In a study conducted by Colorado State University, 10 mg/kg/day or 20mg/kg/day was administered to dogs for 6 days. CBD was tolerated in the study population. There was an elevation in serum ALP in 36 percent of patients, and all other blood parameters were normal – nothing more than a reaction to normal over the counter medications. Six of the 30 dogs had vomiting, and all had mild diarrhea. 11 of 30 dogs experienced erythema of pinna and 10 of 30 dogs experienced nasal and ocular discharge. These effects were significantly safer than many side effects of both over the counter and prescription medications.

Full spectrum hemp extract (CBD) has several positive benefits for dogs. Full spectrum hemp extract (CBD) has been proven to shorten the duration and frequency of seizures, reduce inflammation and pain associated with arthritis and pancreatitis, treat allergies, prevent anxiety, maintain optimal blood sugar levels in patients with diabetes, alleviate symptoms of Cushing’s Disease and other autoimmune diseases, and even shrink tumors (including skin tumors). Research is continually being conducted to share the benefits of CBD for both humans and their canine companions. To stay up to date with all of the latest studies, visit www.cbddoghealth.com/studies/.


Related: 10 Things To Know Before Buying CBD For Your Pet