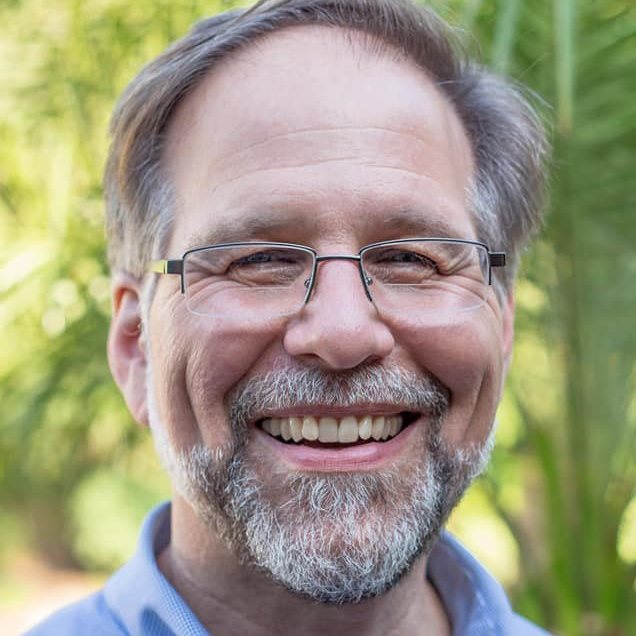 Listen to “Helping To Create More Transparency In Food with Larry Bohlen” on Spreaker.

More than 13,000 lawsuits have been filed against Monsanto, makers of Round-Up weed killer. This dangerous chemical, which has been sprayed on lawns and crops has been found on food, in our water supply, and our bodies. Thousands of people have been diagnosed with non-Hodgkin’s lymphoma at the hands of Bayer, who owns Monsanto (although Bayer denies that Round-Up is dangerous). But what is also alarming and often ignored: our pets are exposed to these pesticides in even larger amounts than humans.

“The level of these herbicides has gone up so dramatically in the last 20 years, the cancer rates in dogs seems to be tracking it,” says Larry Bohlen, founder of HRI Labs. “I don’t have the absolute proof, but I see enough correlation that I am really cautious and I try to minimize exposure to the dogs as well as to myself.”

“We never planned to make tests for dogs,” says Bohlen. “But with the pesticide Round-Up, people were asking for it… We were so surprised [by the results]. The average [amount of pesticide exposure] for dogs, and we have tested 60 now, is 30 times higher than the human average.”

Why are dogs at a higher risk for pesticide exposure?

One reason that dogs are at a higher risk is simple: they are on the ground, inhaling and smelling everything. The chemicals get into the dog’s sinuses and blood stream faster than humans. Another major reason they are at higher risk is because of what is in their food.

“A clear link has been drawn to non-Hodgkin’s lymphoma and glyphosate. Dogs get lymphoma too and dog’s life spans have been going down. This can be linked to the environment but more so to their food. This has been eye-opening to us. We ask each person who tests their dog to take a voluntary survey, and the biggest eye-opening result is that food is the largest source of herbicide exposure for dogs. This is more than just what they are exposed to walking on grass.”

Kibble has the highest levels of any type of dog food. Another surprise for pet parents is that the move away from grains has introduced pea protein, chickpea protein, and lentil flour – all of which are sprayed more than other crops with glyphosate. There is almost zero glyphosate in raw food, more in canned food, and the most in kibble. Glyphosate is also hiding in treat biscuits many of us give our pets as well.

Additionally, dogs who eat feces of other animals are at an increased exposure. For example, if your dog is eating deer poop on its walk, that is a source of glyphosate. This is because the deer graze on corn and other crops which may have pesticides and herbicides. Any animal, including rabbits, who graze on a field can have herbicides in their poop.

Why isn’t the FDA doing anything to help?

It is time to face facts. The FDA isn’t regulating keeping toxins out of our food. And just because the FDA approves something does NOT mean it is actually safe.

“The simplest explanation is that the agencies have conflicted agendas,” says Bohlen, who worked in DC to try to enact environmental change. “They have dual agendas to promote health, but also to promote the businesses of the chemicals in agriculture. So how can they possible be faithful just to the purpose of protecting our health, if they also have the mission of promoting products like glyphosate?”

How can I minimize my dog’s exposure?

If your dog is suffering from cancer or other ailments, giving them an assessment can help identify some problem areas. But one of the best ways to treat cancer is dogs is with a raw diet, which has been proven in trials and studies.

“I feed my dogs raw dog food mixed with veggies,” says Bohlen. “We give them that and supplement it with stewed pumpkin and steamed veggie mix and have it ready for every meal. We just buy a big can of organic pumpkin. Pumpkin is a lower pesticide food, even conventional pumpkin won’t expose your dog to as many toxins.”

With a shift in diet, whether for person or animal, you can see a drop to zero herbicides in the body within 3-5 days. Going all organic for a week, you can go from very high levels to virtually nothing because the liver and kidneys are very effective at flushing this out.

Angela Ardolino is a holistic pet expert who has been caring for animals for over 20 years, and operates a rescue farm in Lutz, Florida. She is also the owner of  Beautify the Beast,  a natural pet salon and shop.  After getting her certificate in Medical Cannabis Biology and Therapeutic use from the University of Vermont School of Medicine, she founded CBD Dog Health to provide high quality, all-natural medical cannabis products designed specifically for pets. Angela has five dogs, plus 4-10 at any time that she is fostering or boarding; visit  www.angelaardolino.com for more information.

Larry Bohlen is the Chief Operating Officer of HRI Labs. Larry Bohlen is a former NASA engineer. Today he brings his scientific expertise to food, health, and environment issues. Larry’s experience in food and agriculture started with his investigation of contamination of the food supply by an illegal variety of GMO corn. Most recently, Larry co-founded Health Research Institute, a non-profit, independent laboratory helping to create more transparency in food and agriculture.