CBD For Arthritis in Horses 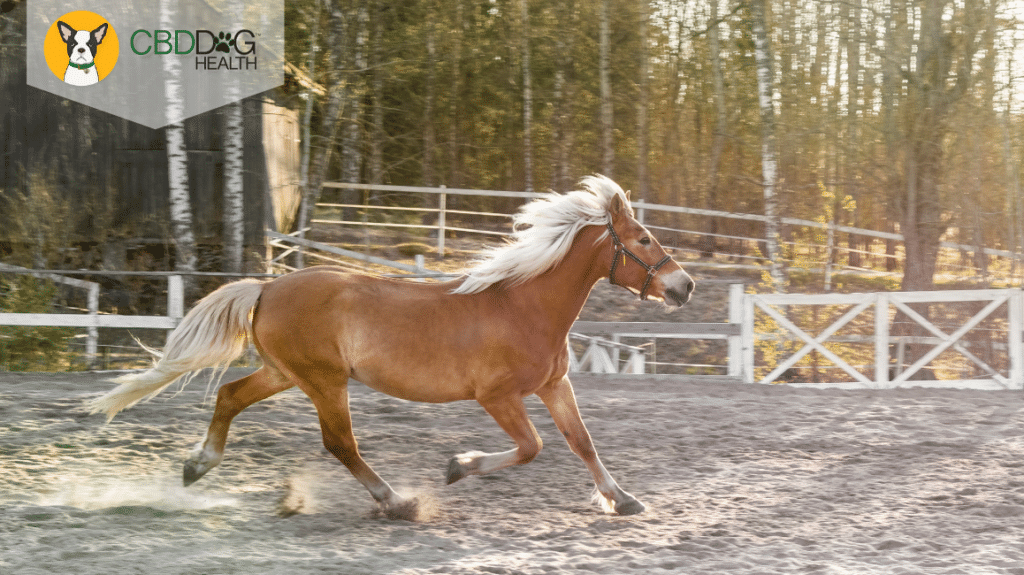 The term ‘arthritis’ quite literally means inflammation of the joints. Similar to any other condition found in ouranimals, it’s important to understand what the condition is before we know how to handle, manage, or prevent it. In the case of arthritis, it’s the joints in the skeletal system that are primarily affected as wear and tear develops over time. Although in many situations the process is hard to prevent entirely, it is possible to slow down the progression with a proactive approach to our horses’ wellness.

Throughout the body, anywhere two bones meet, there is a joint that serves as a pivot and cushion point. The ends of bones are covered in a material to assist the joints with moving without friction called cartilage. To provide additional lubrication, a gelatinous material called synovial fluid is also contained within the joint.

Arthritis occurs due to inflammation and degeneration within the joint. When the joint becomes inflamed, a cascade of downstream effects begins to develop, resulting in excessive force, friction and subsequent pain between the two bones. Cartilage and synovial fluid are both affected by this cascade; when cartilage is damaged and eventually worn down, synovial fluid is also lost, leading to bone-on-bone contact and increased levels of pain.

As time progresses, in addition to pain and inflammation, the bone-on-bone contact may create:

Arthritis is not caught quickly in most cases. horses instinctively will hide progressive discomfort for as long as possible. Instinctively, they do not want to appear to be a weak link. It’s not until the condition has progressed to the point where the cartilage is nearly gone, or is completely gone, that the condition is noticed.

In few cases, arthritis may be part of an underlying condition like infection or autoimmune disease, but it’s most commonly due to wear-and-tear over time (with age), trauma, congenital/hereditary effects, and/or trauma.

Controlling your animal’s weight is critical, not only for horses, but for all pets. As your horse ages, obesity can significantly impact the severity of the wear-and-tear on the joints (and throughout his or her life before arthritis is diagnosed). Early onset of arthritis is more common in animals who are carrying around excess weight. Extra weight also makes it more difficult to move around, and increases pain and inflammation, once arthritis does set in.

According to Dr. Zac Pilossoph, controlling weight and maintaining a healthy diet is one of the most critical elements. And, it’s an element that can be controlled by the guardian. Fully understanding your animal’s dietary needs and not indulging in unnecessary filler foods can positively impact your horse’s overall quality of life.

Conventional Options for Arthritis in Horses

Arthritis is generally confirmed through a combination of X-rays and evaluation of symptoms. As the horse owner, it is your responsibility to pay close attention to any symptoms your pet may be experiencing. If you notice your horse struggling with one or more of the symptoms above, it’s time to visit the veterinarian.

NSAIDs are commonly prescribed for horses who have been diagnosed with some type of inflammatory condition. It’s critical to note, NSAIDs carry a wide range of side effects. pets who are administered conventional anti-inflammatory drugs on a regular basis may experience vomiting, lack of appetite, diarrhea, stomach ulcers, kidney failure, and/or liver failure.

According to Dr. Zac Pilossoph, NSAIDs play a critical role in serving as a short-term remediator of pain and inflammation, but should never be utilized as a long-term solution to addressing the symptoms of arthritis. NSAIDs are the most commonly prescribed medication to treat arthritis currently, but alternative solutions must be examined for long-term use. Unfortunately, NSAIDs for long-term use can significantly impact your pet’s health.

The term “steroid” simply describes a class of molecules that have a variety of influences and effects within an animal’s body. Specifically, there are “natural steroids” which our bodies make on their own, and “synthetic steroids” that are produced in laboratories which overlap with our internal bodily systems.

Steroids do reduce inflammation in the body, but not without a cost. The most common side effects of early steroid use include polyuria (excessive urination), polydipsia (excessive thirst), polyphagia (excessive signs of hunger despite not actually requiring more food), and panting.

Steroids are also well-known for their serious, and sometimes dangerous, side effects including:

In the majority of cases where it is not a necessity, a horse’s body (or any other animal’s body) will become susceptible to developing one or more of the many side-effects listed, and will also be subject to dependency and severe withdrawal effects if steroid therapies are discontinued too quickly. That’s why doctors and veterinarians generally advise a gradual tapering protocol off of steroids toward the end of a long-term treatment plan.

If a steroid has been used for more than 7 days, then it is not advisable to stop this medication abruptly without the supervision of a veterinarian to ensure your horse is tapered off slowly to reduce side effects.

CBD as an Alternative to Pharmaceuticals

CBD and other cannabis-based therapies have been found to effectively reduce many of the same symptoms NSAIDs and steroids do without the same adverse side effects. There is potential for CBD to become an effective, legitimate therapeutic substitution for conventional treatments when developing a natural, safe, and effective plan. A life of longevity, health, and happiness is the goal, and considering the alternatives to steroid therapy is critical for a pet’s well-being.

You will notice many of these studies are based on animals other than horses, but all mammals have an endocannabinoid system meaning the benefits for one mammal are similar to another.

A promising study recently released was conducted by the Baylor College of Medicine. Again they found significant improvements in dogs who received consistent doses of full-spectrum hemp extract.

A study published in 2006 in Current Neuropharmacology states that CBD has therapeutic benefits for both people and pets suffering from chronic pain and acute chronic pain episodes.

The University of Pennsylvania School of Veterinary Medicine is currently conducting clinical trials to better understand the effects of cannabis on osteoarthritic dogs. The study will take 12 months and results are expected to be published in 2020.

Combining conventional and alternative medicine provides our horses with all the tools in the toolbox, but choosing from all the methods available can be overwhelming. Every horse is unique, and as such, will have different needs. When determining what is best for your own horse, consider the options you feel are going to be most effective toward reaching the goals you have for your individual horse. 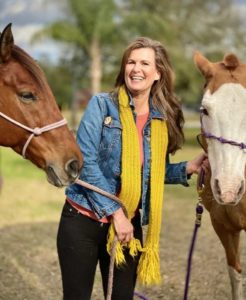